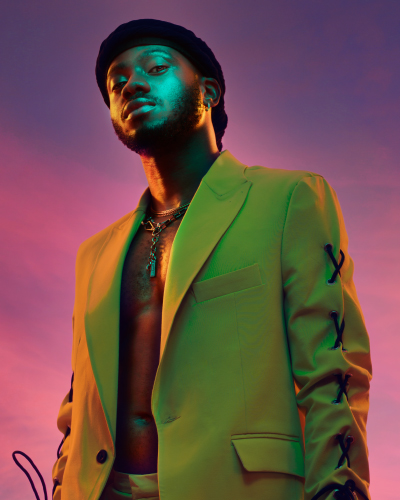 Korede Bello (born 29 February 1996) is a Nigerian singer and songwriter. Bello is best known for his hit single “Godwin”, a semi-gospel and pop song which became a national anthem and topped many music charts across Nigeria.

After the release of his first single which received relatively positive reviews, he was introduced to Don Jazzy by his manager Casmir Uwaegbute after which they recorded some songs together which got Don Jazzy impressed. On 28 February 2014, he got signed to Mavin Records under which he has recorded popular songs like “African Princess” and “Godwin”. He is currently working on his first studio album and cites Asa and 2face Idibia as people he draws inspiration from.